Unless you have been living under a rock; within a cave in the deepest reaches of the desert or maybe up a ladder, you will know all about Funko Pops and their growing popularity. The pop-culture scene is awash with a plethora of these colorful and often accurately represented figurines (or ‘statuettes’, to their friends).

You will also be aware that with such a vast range of products, some Funko Pop figures could set you back fortunes. Have you got a Funko in your collection with a nice price tag attached? In the following article, I will go over the rarest, most valuable Funko Pop figures on the market; you may just be sat upon a gold mine.
​

These bobbleheads have a metallic finish that really adds to their ‘wow factor’. The Superman (Metallic Chase) figurine came crashing into this world (like Superman) as a Target exclusive. If you managed to snap one of these up during the limited period, you would have pocketed (if you had big pockets) a Superman (Metallic Chase) Funko for a lowly $10. However, as the tides of time have rolled in and out, the worth of this particular Funko Pop is currently set at around $3,700 - $4,000 USD. Not bad for an original price equal to that of a cinema ticket. 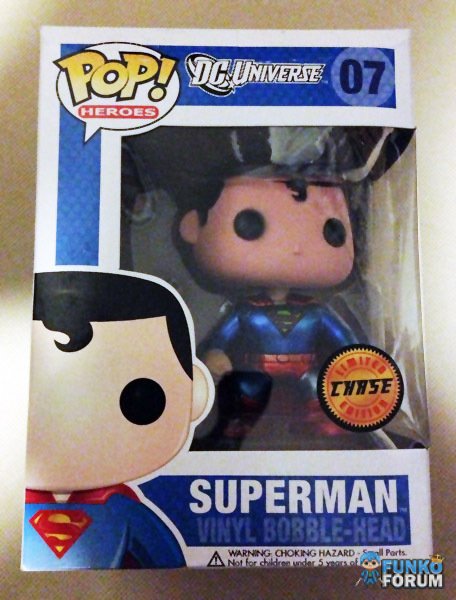 The Superman Metallic Chase Funko Pop is considered one of the rarest out. With a value of...

Stranger Things was a show that grabbed the hearts of us all when it turned our worlds upside down (sorry) back in 2016. The show was such a resounding success that Funko Pop decided to release a very limited-edition gold edition Hopper as a key point in their Fundays event of 2018. Sadly, only forty of these stunning Funko Pops were made available and, even then, to convention attendees only (although I have no doubt a few would have been snaffled by event staff). With the average person attending one of these events being shrewd in the ways of collectible value, they held on to them for dear life, and if you’re looking for one today, be prepared to pay upwards of $4,000 USD. 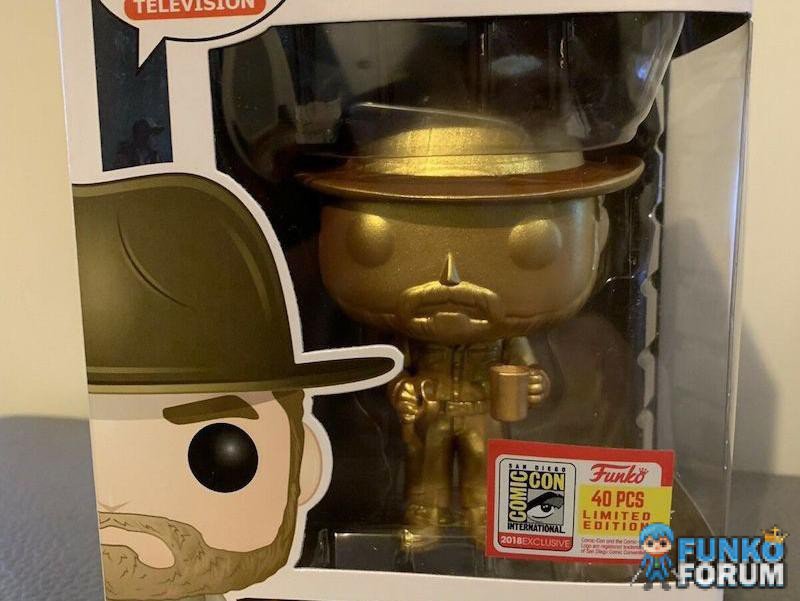 Again, a Funko that has a place as the one rarest Funko Pops and again one with a shiny sheen of sheeniness (Microsoft Word tells me this isn’t a word. I, however, see through its lies). The Freddy Funko Chocula Funko Pop (try saying that after a few beers) was made available at the San Diego Comic-Con; with exclusivity. This highly sought Funko was hugely popular among the loyal fans of all things Funko but will sadly cost the likes of you and I (unless, you attended and purchased on, of course) a pretty penny with a floor value of $5,000 USD. 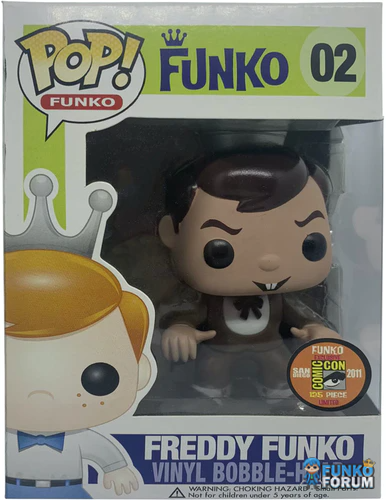 Worth a whopping $5,000, this cereal mascot is worth keeping an eye out for.

Boo Berry – Glow in the Dark​

Boo Berry was brought into the world of Funko from the breakfast cereal by the same name as a part of their Funko Pop! Ad Icons range. Like the previously mentioned Freddy Funko – Chocula, Boo Berry was made exclusively for the San Diego Comic-Con and for their 2011 event. To ensure their future value, Funko Pop capped these at just 24 units and were made available solely on a pre-purchase basis. If you want to bag a Boo Berry, however, you will need at least $5,700 in your available budget. A lot of luck and patience will also play a part as only a few of these have ever before been sold. 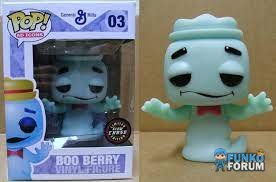 Glow in the Dark Boo Berry

Another limited addition Funko that was only available at the San Diego Comic Con (2012), oh to live close to San Diego. This Funko was adorned with a visually awesome holographic effect and would have been sold to attendees for around $20. However, if you missed the train of exclusivity, you could snag one of these bad boys for just $7,000 USD – I’ll take 7. 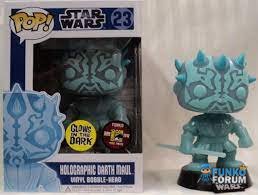 It was a dark day for all when the great Stan Lee left this mortal coil. However, since his tragic end, these figures have sored in value. Moreover, owning the super-limited-edition red/metallic Stan Lee Superhero Edition is enough to raise jaw-dropping amounts of money. With only 12 being made, however, the exclusivity surrounding this Funko raises the price tag to a staggering $8,000 USD. With so many dedicated fans of the Marvel Universe, and Stan Lee himself, it’s likely that this price will rise significantly over the coming years. 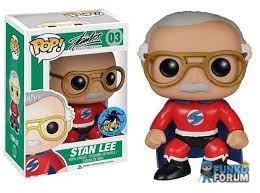 An icon of pop-culture and thoroughly deserving of it's $8,000 price tag.
​

Glow in the Dark Freddy Funko as Chocula​

Not to be confused with the second item on this list, the Freddy Funko Chocula glow-in-the-dark addition is extremely rare. Again only available to those attending the San Diego Comic-Con (2012), Funko released but one-in-twelve of this fluorescent (in the dark) rarity. If you have one of these in your collection then don’t let it go for anything less than its current value of a whopping $10,000. It seems that Funko are big fans of General Mills as Chocula is another mascot from their monster-themed cereals. 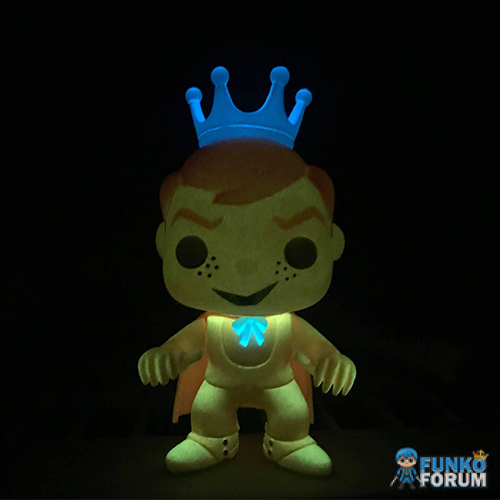 Glow in the Dark Freddy Funko as Chocula

Unless you have been living in one of the remote locations mentioned at the start of this article, you will know all about Game of Thrones. The HBO hit is often coined as the most popular TV show of all time and, if you’ve seen it, you will know why. Freddy Funko yet again dons a cunning disguise, this time as GoT’s own cheeky chappy, Jaime Lannister – and blood-splattered, nonetheless. To buy a Freddy Funko as Jaime Lannister figure, however, you would need to be both stinking rich and an avid fan of the show. With a price tag close to $12,000 USD, this would be one hell of a Funko to have to adorn your collection. 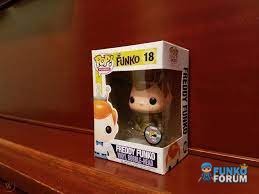 Alex – A Clockwork Orange (Glow in the Dark)​

And lastly but certainly not least(ly) we have the iconic Alex from Stanley Kubrick’s A Clockwork Orange, in a lovely glow in the dark number. If you have one of these hidden away then it’s about to earn its true pride of place at the forefront of your display. This Funko is considered the rarest and most valuable of all Funko Pop figures. The exclusivity of this particular Funko earns it a price tag of $13,500; making it the winning contender for its well-earned spot at the top (or bottom) of our list. This is the Holy Grail of the Funko world and if you have one then you are the proud owner of the pinnacle of Funko Pop collectibles. 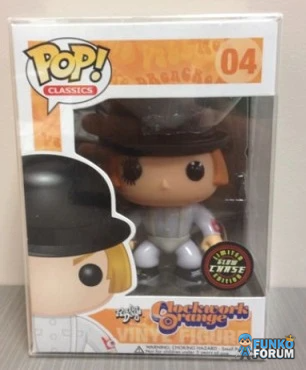 Worth a staggering $13,500 USD, Alex from A Clockwork Orange has a price almost as crazy as...