Counterfeit Funko Pops - Most Counterfeited Products and what to look for

The Most Counterfeited Funko Pops

Since Funko launched the Pop Vinyl range a little over a decade ago, they amassed an overwhelming following and have become one of the most collectible items to date. It doesn’t take much scrutiny to see where how this has been achieved over the last ten years; the answer is having such a broad and eclectic range. One that continues to grow with each and every passing day. 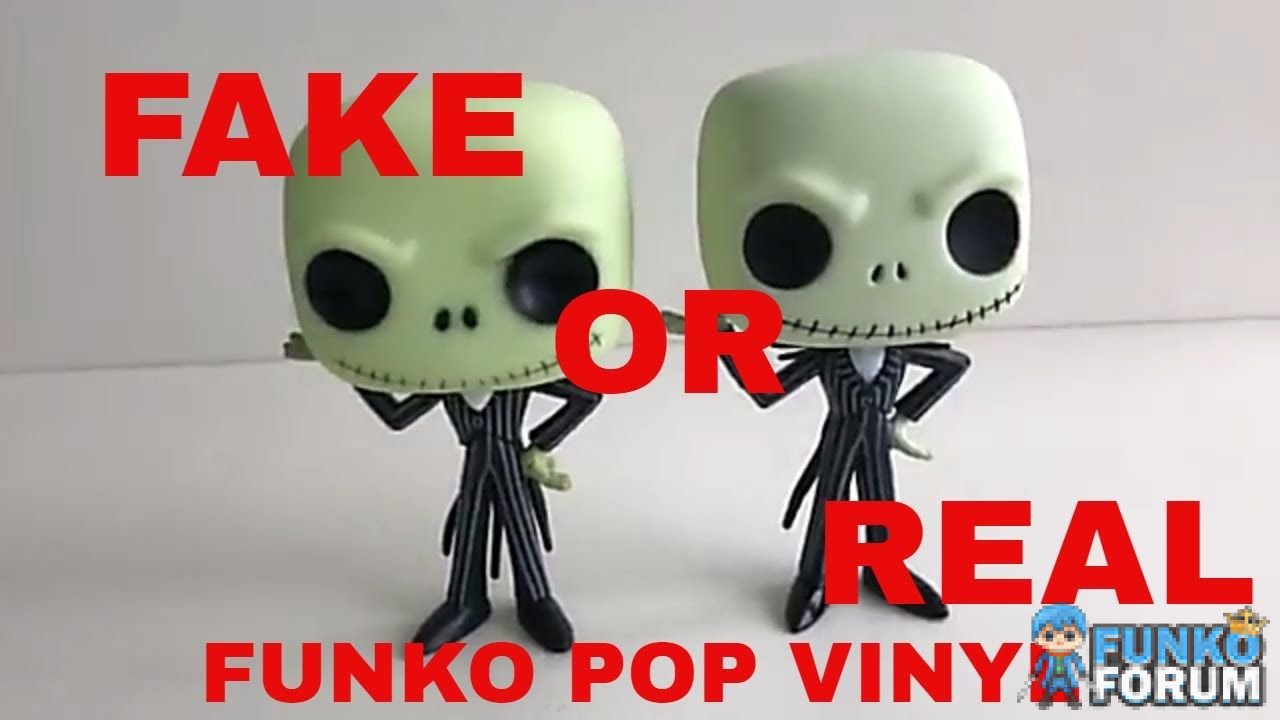 Herein lies the issue. The problem with having so many products flying off the shelves (physical and digital alike) is that it opens up an abundance of opportunities for the less scrupulous of actors on the scene, filling online store fronts with 3D-printed forgeries.

Which Lines to Watch out for​

To avoid the scammer, you need to think like a scammer. If you were to fake a product, what would you counterfeit? The logical answer here is, of course, the most popular. With this in mind, if you’re looking to buy anything from a currently popular line such as Dragon Ball Z, Pokémon, and Rick and Morty, your best (and safest bet) would be to buy straight from a reputable store and personally.

There’s simply too much risk in buying Funko Pops online, unless you are lucky enough to stumble upon a reputable dealer. If you have already bought Pops for your collection online or from a guy with an eye patch at the docks, here are a few tips on how to tell apart the fake and the legitimate.

More significantly the Jason Voohees Unmasked SDCC Fubko Pop figurine among the most counterfeited products on the Funko Pop line. The iconic status of one of the genre's greatest has launched this particular statuette straight to the top of the scammer's 'to-do' list. The well-esteemed icon should cost you around $1,600. If you see one going for less, raise the red flags.

Coming in just below our masked friend is Buzz Lightyear. With the Toy Story franchise planting itself firmly in the hearts of many, the popularity of the movie's favourite space ranger has earned itself a place on the forgery hotlist. With a value of $1,110 USD, you should cast a close eye across this before handing over any cash.

If you follow the logic I outlined earlier, it will come as little surprise to you that our country's last president, Donald Trump, has aroused enough fame to bring him to the forefront of the minds of counterfeiters the world over. With a far lesser value of $85, the Donald Trump Funko Pop is a surefire bet for any budding con artist. Consequently, there's a magnitude of fake DTs out there, so be careful when buying.


How to Spot a Counterfeit Funko Pop​

If you have been collecting Funko Pop figures for a while and buy from online sources, there may well be a few sneaky fakes hidden away in your collection – unbeknownst to you, of course. To settle your mind and help wean out the good from the bad, follow some of these simple checks to confirm the authenticity of your prized figurines.

The Price is too Good​

As the old saying goes, “if it’s too good to be true, it often is”. With this in mind, check out the prices online when buying a Funko. If someone is selling a super-rare collectible for the price of a 6-pack of beers, the chances are that it’s a fake. Someone holding the genuine article is likely doing so from having a deep knowledge of the product and wouldn’t part ways with it for so little money.

To use another tired old cliché, first impressions count. If you have a Funko Pop you know to be fake, put it side-by-side with an original and you will be surprised at the difference in quality between the two. Genuine Funko Pops will bear a detailed character on the front, whereas fakes often fall short and print a lesser quality image. Take a look at the example below, it’s easy to see the difference. The problem here is when someone with little knowledge pertaining to the subject is buying one as a gift. If you’re close to a birthday or expecting a gift for any reason, print this article out and leave it subtly laying around the house, stuck to the refrigerator or even get it made into wallpaper and decorate your potential gift bearer’s house with it; it’s the only way to be sure. 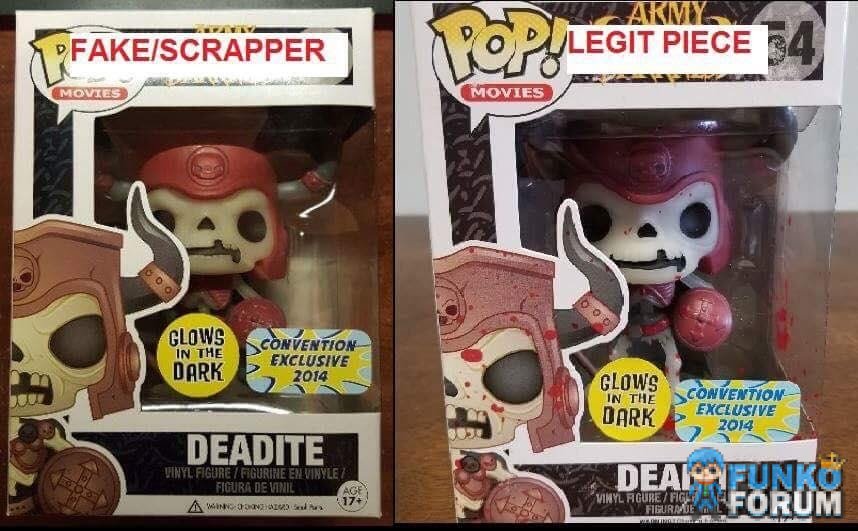 The Mark of Authenticity​ 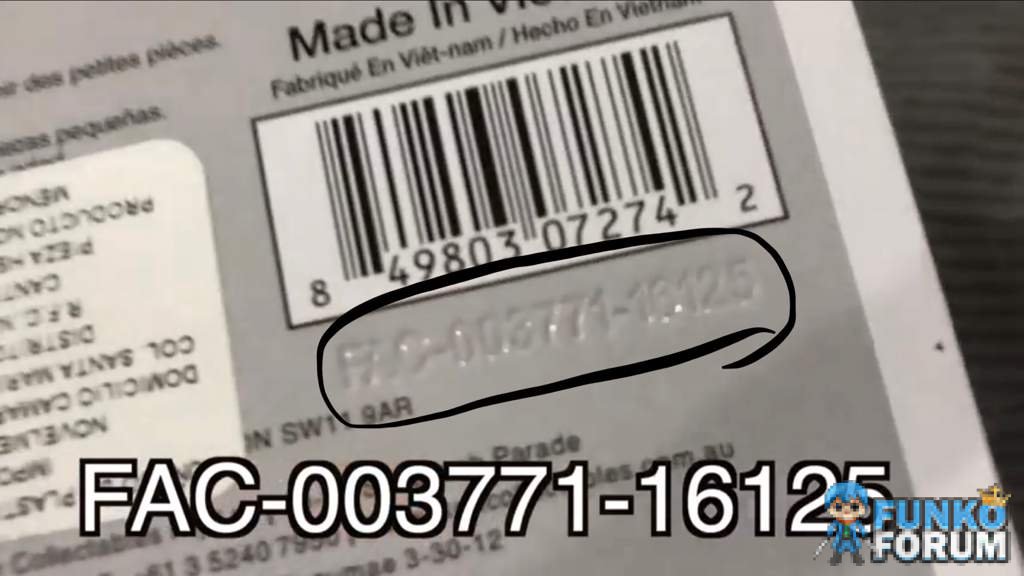 How to spot a fake Funko

By running through the above arbitrary checks, you can be on your way to confirming the legitimacy of your Funko Pop collection. However, always be aware when buying these that they are so often faked and it’s always a good idea to stay extra vigilant when buying from companies with no real reputation to speak of. So, to summarize:

Check the box art to confirm the authenticity of your Funko Pop
Last edited: Jun 27, 2021
Click to expand...
E
Written by